The big promises of renewable energy 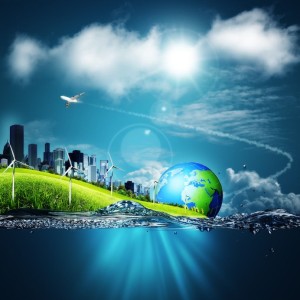 Debates over the future of energy and the efficacy of non-traditional energy sources such as renewables have been raging since the 1970s with the politics on each side seemingly more polarized than ever. One constant however, has not changed much: the jury still seems very much out on whether a major overhaul of the industry toward renewables would pay off over time.

Study after study has made projections about the potential benefits of increased solar, wind, biofuels and the like but the evidence remains mixed and the markets uncertain. Here in Washington, a state law mandates the purchase by residents of renewable electricity in such a push toward the renewable promise. Problem is, the utility costs for consumers have not dropped as advertised. They’ve gone the other direction.

Too often, legislative bodies tend to mandate such a switch almost as if willing renewable energy to be both environmentally sustainable and profitable. The concept is admirable and the intention is understandable. But forcing such wholesale change via government means when the science doesn’t seem settled can feel heavy-handed.

It would be far better for the powers that be in Washington and elsewhere to take modest steps regarding such fundamental and consequential changes to energy policy. As with most things, market solutions are much more palatable than government mandates.